BETA
This is our new beta site for Maidstone Digital Services. 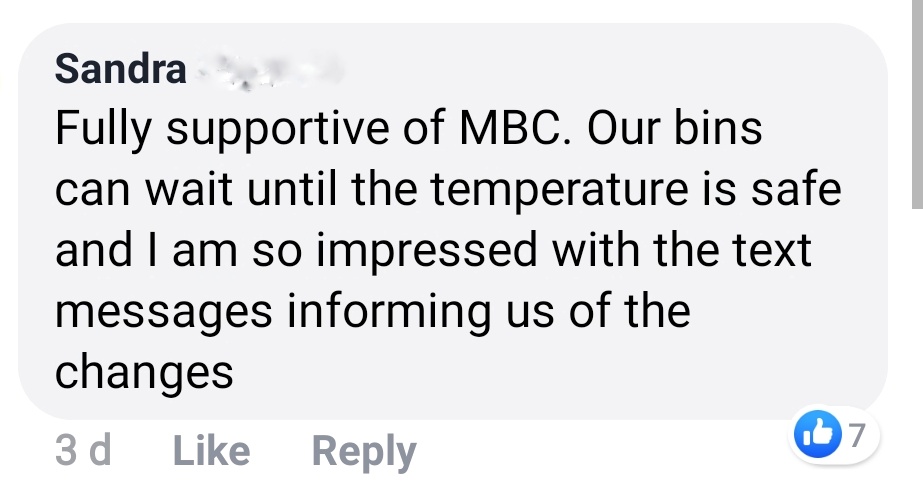 Given the success of our first foray into Gov Notify, we started looking into what the next project should be. Given how close we were to Christmas, and that one of the biggest increases to contact comes when the bin collections change because of Christmas and New Year, it seemed like an obvious choice. We would offer residents the chance to sign up to alerts about when their bin day was going to be different to normal.

Originally, the plan was to send everyone who signed up a generic text that gave them a link to find out when their amended bin day would be over the festive period. Very quickly we realised that if we collected their address, we could match this to our bin data and send them a more specific message that told them the day, eliminating the need for them to go online and check themselves and therefore providing a better service.

One of the other causes of contact at this time of year is snow. When we have a large amount of snow, as was the case last February, our bin collections are disrupted. This results in hundreds of calls to the contact centre asking when their bin will be collected. Now we can text residents that have signed up to let them know that we’ll get to their bin when we can. Hopefully, this will mean a decrease to the number of calls.

Over Christmas and New Year, we saw a 15% reduction in calls to the waste team compared to the same period from the previous year.

When Christmas was out of the way, I started building a mechanism that would allow our waste team to send a message to residents from specific rounds if there was going to be an issue with their collection on that day. At the time, the waste team was going through a restructure and we were recruiting for a new Waste Manager, which meant that there was a bit of a delay between the process being ready to use, and the waste team actually using it. Eventually we had a Waste Manager in place, and he was more than willing to use the system. He saw immediately the benefit it would have, and how much it could improve the customer service and experience.

During the heatwave a couple of weeks ago it proved very useful, as we suspended collections on the Thursday afternoon due to the heat. This, coupled with some vehicle breakdowns, meant that the team were working overtime for the next week to try to catch up on collections. During the week we sent messages to residents to keep them up to date with the situation, which we received some very positive feedback about.

We now have over 7000 residents signed up to the service, which clearly shows that people are very keen to have updates by text. Next on the list is a system for sending texts to residents to remind them to pay their Council Tax.

The Digital Service team at Maidstone Borough Council lead on the research, design and development of user centered services for residents in Maidstone

Find out more about the team